The Big Con. We are all being played 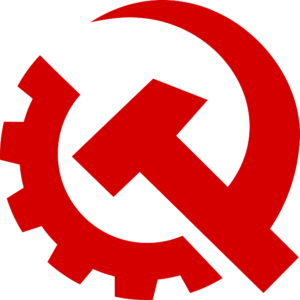 We are being led to believe that the choice in front of us is between socialism and capitalism. That means demonizing the choice half the electorate makes. Instead we need to understand that both choices are wrong and both are right. Here’s why…

In a nation state that functions “normally” wealth is created by industry and destroyed by taxation. However, taxation, in properly managed circumstances, should also be an indirect wealth generator, as tax spending, in general, goes to the provision of incentives, industries and services that help further wealth creation. Probably one of the best examples of such tax spending is in countries that have single payer health providers that insure the workforce, and give it the ability to be independent of location and employer to be healthy and productive.

There has been a gradual shift in “neo-liberal” or “neo-conservative” economies away from the process of wealth destruction (and its consequent re-creation) through taxation. There is not much difference between neoliberal and neoconservative thought, except for the rate at which tax revenue is being gradually reduced with the consequent reduction in services provided to a nation’s citizens. Tax reduction has been sold to us as a way to facilitate the growth of industry: with lower tax expenditure, the story goes, industry can invest more money in productivity.

Whereas this might be true (to an extent) if all tax savings are reinvested in production, it should also be incumbent upon those chosen to govern to ensure that the advantages of greater productivity are translated in to greater employment at better conditions, so as to reduce the need for greater (costly) social services. This means regulations are needed to ensure fairness. Regulation and fairness are political thought differentiators. However, there is a bigger problem that is now overshadowing them. We can no longer assume that wealth is only created by services and industry. Today, far more money can be made from money than from reinvestment in industry. Thus, tax reduction has been one of the main factors driving the creation of a new class of people: the ultra-rich.

The ultra-rich (who are not necessarily only people, but can be entities such as financial institutions and even manufacturing companies) have far less incentive to reinvest in R&D, marketing and production, with the consequent growth in employment and employee rewards. Investing money in money, rather than people and productivity is more financially rewarding for the ultra-rich. However, this investment is not wealth creation in the general sense that investing in productivity is. Money is hoarded, not pumped back in to the economy. When the ultra-rich have money, they no longer spend it, so the destruction-creation wealth cycle no longer works. However, if the less affluent are given more money, they have to spend it by necessity, and mostly for items whose production is needed for economies to grow (more cars, appliances, houses, better food, clothes, school supplies, etc.) All these items are produced in industries that employ large numbers of people.

The ultra-rich are also capable of bringing significant persuasion powers to promote their argument against higher taxes. Thus, the demonization of the label “socialist” which is identified with welfare and “free” giveaways. Socialism, in the broader sense of the word in use over the last few decades, covers policies like wealth “re-distribution” through progressive taxation, a wide range of more or less successful government aid programs, regulation of industry from the reasonable to the stifling, and other policies such as nationalizations – the latter stemming from the belief of old-style Socialists that the state is as capable a steward of industry as private ownership is. Many such policies have been hailed or decried as utopian or demonic, with not much moderate opinion in between. However, the ultra-rich have successfully married a derogatory label on Socialism that has stuck fast: the “welfare state”, where welfare recipients are those whom the state rewards for “doing nothing” towards the creation of wealth, and thus are pure wealth destroyers.

On the other hand, those who consider themselves “progressives” are quite happy to validate this false flag by engaging the lie and building on it. They have extended the misconception of welfare to cover a broad spectrum of recipients: the (undefined) poor in general, minorities, refugees and the environment are all bundled together with no sense of priority and all addressed with widely confusing, incoherent and in many times contradictory spending policies.

What progressives have missed completely is the con. Given that a state has the power to tax, and that tax revenues, by and large go towards services and incentives, one could argue that the state is a welfare manager. So now we can see the real issue. If the state is the arbiter of welfare, where should this welfare go? Should it benefit the many or should it benefit the few? The con the ultra-rich have played on us all is to make believe that welfare only goes to the many. It does not at all. If less taxes are collected then less services will be provided. The many will be deprived of these services, but the few will not (the proportional extra costs of such services for the ultra-rich is tiny compared to the proportional extra cost the many have to bear for the same service). Because the few will enjoy the greatest reduction of taxation, they are obviously benefitting from a kind of welfare as well. They are getting more money for doing nothing: because the money they save on taxes is re-invested in money and not in actions that drive a country’s economy as a whole, they should be also considered “scroungers” and overall wealth destroyers if the same paradigm they are selling is applied.

Thus, the reason we are being played. We are being told that we have to choose between capitalism and socialism, when this is not the case. Instead we have to choose how the state arbiters welfare. Part of the arbitration is to decide how much welfare it collects, and part by how the collected is distributed. By simply collecting less, the state is indirectly allocating welfare to those who do not need it. This is why tax havens, tax deferments and tax holidays should be curtailed. Wealth is destroyed in these schemes. Too much destruction, without the consequent creation, will drain a state’s resources.

The main concern for progressives should be to understand is how to balance that cycle. When the state collects more, and reallocates it in services and incentives for the less affluent, the wealth destruction-creation cycle continues. However, whereas the destruction-creation cycle will never be zero, it can swing either way. Again, too much destruction, without the consequent creation, will drain a state’s resources. That is why capitalism, suitably regulated so that money is re-invested in production, not in money, is necessary for wealth creation to exceed wealth destruction. And socialism (if that is what the state’s taxation and redistribution efforts are to be called), suitably managed, is necessary for the wealth creation-destruction cycle to yield a positive number as well. It is not a choice of either/or but a balance of both.

Progressives have to stop equating capitalism only with the Koch brothers or British Petroleum. And conservatives have to stop believing that welfare is something doled out only to the useless.

Believing the con that we have to choose either/or only plays in to the hand of the ultra-rich who continue to control the message, and therefore the outcome of any elections and the continuing unnecessary polarisation of societies around extremes. In the end only the ultra-rich benefit from this. No progressive utopia will be able to stop them.