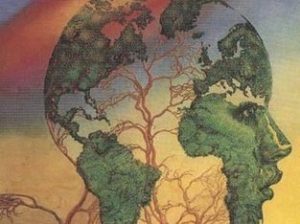 Does a book, a plant, or a building have a good of its own? Can things be done in its best interest? Does it have interests? Or intrinsic value (i.e. value that is independent of its relationship with anything else?) Or only instrumental value (i.e. its value is determined by its use by others?) Environmental ethics is a subject that is being much debated as we seek to manage our environment without causing damage to others. Here is a small opinion on a huge subject: what do we consider to have intrinsic value and what instrumental value?

Nearly 20 years ago I was bitten by a mosquito in Singapore and I contracted Dengue Fever. Dengue fever has a mortality rate of around 5%, unless you are unlucky enough to get the haemorrhagic variant (which I did) that has a mortality rate of 25%. The illness’s symptoms are those of a milder version of Ebola Fever. You spike fevers of up to 41 degrees Celsius and you start bleeding out as the disease breaks down skin cells in your digestive system. The pain is excruciating.

Why open with this story? Because of a woman called Rachel Carson, whom I indirectly blame for my illness.

Before we get to her, I would like to point out a few facts about mosquitos. Mosquitos are one of the very few species the world could happily live without and not suffer ANY detrimental consequences. Read Janet Fang’s article on the subject published by Nature here: http://www.nature.com/news/2010/100721/full/466432a.html

Yet mosquitos are still with us and cause untold misery, particularly in the Third World. According to the World Health Organization (http://www.who.int/mediacentre/factsheets/fs094/en/) between 490,000 to 836,000 die of the disease every year. The WHO also notes that over 12,000 die of Dengue Fever (http://www.who.int/mediacentre/factsheets/fs117/en/).

Maybe some of you already knew these numbers. What you may not know is that until 50 years ago we were about to reach a point where those numbers were about to reach zero. Then Rachel Carson wrote a profoundly unscientific book called Silent Spring (http://www.forbes.com/sites/henrymiller/2012/09/05/rachel-carsons-deadly-fantasies/). In this book Carson tied the use of DDT directly with a supposed annihilation of several species of birds (and in particular of the robin and bald eagle in the United States). At the time (and to this day this is still true) DDT was the only effective insecticide against mosquitos, and was being used with great success in the Third World to eliminate malaria. At the time the WHO had been celebrating the eradication of smallpox as a disease and was very sure that malaria would next. Carson’s book changed all that overnight. DDT was banned in the US and in most countries worldwide. Mosquitos came back, and so did malaria (and all other mosquito borne diseases) with a vengeance. The bald eagle was saved (although there is debate as to whether it was really endangered) and mostly poor brown people, far away from Carson’s happy middle class neighbourhood, started dying again instead. This is still the case today.

Carson was a proponent of the non-anthropocentric belief that the natural environment has as much of an intrinsic value as humans do. Bald eagles and poor people weigh the same on Carson’s scale. Her beliefs were a precursor to the animal liberation movements, some of which turned very violent.

So to answer the questions above, we need to decide where we set out boundaries. First of all we must decide whether we believe in a strong (or at very least, an enlightened) anthropocentric world. I believe that we should be anthropocentric. After all we are the dominant species on this planet. It is a fallacious to devalue our position in the planet’s hierarchy. It is true that we are capable of damaging the environment, but we are just as capable of saving it and no other species can claim this ability. Consequently I believe that the environment (plants, animals, etc.) have instrumental value to us, not an intrinsic one. This does not make me an enemy of the environment, nor does it make me someone who sees the environment only in terms of something that is exploitable for mankind’s benefit. I do believe we have a symbiotic relationship with our environment and that it is in our interest to keep it healthy, as it is scientifically observable and proven that when we degrade our environment, we end up degrading ourselves. But I do not subscribe to the belief that we are equals to the environment and that we should accord plants, animals (or other non-human things) with a value that is greater than the value of a human.

Carson’s thesis (and that of others who assign an intrinsic value to non-human entities) would limit us in discovering how to use what nature gives us to further the success of our species. Given our symbiosis with nature we have the right to use what we she gives us, as long as we do so sensibly. So it is useful for us to see a morality in seeing that we maintain a green space in the middle of a city, we don’t pollute our environment and we exploit natural resources in a sustainable way. But we also need to make sure that our morality is balanced and that we do not impose practices that, while ensuring the welfare of a smaller subset of an environment, end up being very detrimental to our own survivability.

Therefore Carson’s beliefs that nature’s value can only be seen as intrinsic is wrong. I do believe that a building or a rock, or a book have value. But that value is instrumental, not intrinsic. The value is the pleasure I get from looking at them. With no one to read it, a book would have no value whatsoever. The frescoes in the Sistine Chapel, the Mona Lisa, the works of Andy Warhol, would have no value if there were no humans to admire them. Therefore their value is only instrumental.

My impression is that much of what distinguishes thinking is down to semantics, or the way we attribute meaning to words. There are some significant differences of course, like between those between the proponents of some degree of absolutism and others that may take a more relativistic view. But overall, the interpretation of words is the key difference in many cases. When interpreting the difference between intrinsic and instrumental values that could be assigned to non-human objects some may believe many of such objects have intrinsic value, i.e. they have value only in themselves. I find it easy to disagree with that view when it comes to defining the value of a building, a book, or a piece of art. These have all been produced by humans for a reason, and that reason is because they have utility or make us happy. Therefore, in my opinion, their value is instrumental. They would not have existed had we not crated them therefore they have no intrinsic value.

It is harder to justify my position when it comes to the natural world around us, but here it is a matter of perspectives. From a tree’s point of view (assuming one can stretch one’s imagination to believe a tree has a point of view) its existence has intrinsic value. But for a human’s perspective, a tree is a generator of oxygen, is necessary to keep us alive, has a beauty to behold and has an economic value if felled. Therefore it has instrumental value.

Philosophy is not science so there are no right or wrong positions, in the absolute sense. But values can only be ascertained within narrow contexts of opinion.